I am Obaya Uday. I have been tasked by a wizard named Wakanga O’tamu of the Chult CIty of Port Nyanzaru to procure magic items from Waterdeep.I am in need of adventurers willing and able to go into Undermountain to find any magic items and return them to me.

You come highly recommended for your past deeds and I believe you are well suited to adventuring into Undermountain. If you are interested, please come to the Yawning Portal and ask for me at the bar.

Bonnie the barmaid will point you to me.

Once we have met, we can discuss payment. 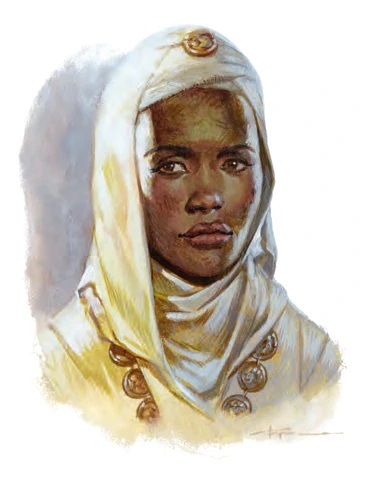 The name’s Durnan, and I slipped this note into Obaya’s letter while she weren’t looking. I’m the owner and proprietor of the Yawning Portal Tavern and Inn and let’s get one thing straight: this letter ain’t an invitation. It’s a warning.

You’re fine adventurers, and I don’t want to see you throwing your lives away.

The Yawning Portal’s a splendid tavern. When I knocked down Halaster’s tower and built the Portal upon Undermountain’s only surviving gate, I wasn’t doing it to seal away some ancient evil. Undermountain don’t just belong to the Mad Mage. He is it. And it’s him. You’ll understand soon enough, if you go down there. I did when I first explored those damned tunnels.

When Mirt and I went down into Undermountain, we came out as rich men. Richer than any living soul has any business being, if I’m honest. He went and bought himself a mansion and made himself a fancy Masked Lord. Me, I built a tavern atop the yawning portal the tower left when I knocked it down. For years, I ran that place, watching adventurers like my younger self go in, seeking their own reward and oft only finding their doom.

About a full century ago, I went into Undermountain one last time, and I left the running of the Yawning Portal to my descendants—‘til I came up a few years ago with another pack full of treasure and bought the place back from my great-great-great-great-grandson. I haven’t told anyone what I did down there for the last century, and I’m not keen to say, but let me tell you this: things have changed in Undermountain. Something is brewing down there. I can’t say if it’s a threat to Waterdeep or the North, but if it is … well, it ain’t my problem.

I’m telling you all this because I know you—and I also know your type. You want gold and riches, but you also want more. You want to get stronger. You want to unravel mysteries. You want to become something … greater. It feels like a lifetime ago, but I’ve felt all of those feelings before. I’m not worried about the whelps who go down the well with a chip on their shoulder—you know the type—just to win bragging rights for killing a few giant rats in the upper levels. Every now and then, one of ‘em gets killed by their own ego, but they’re smart enough (or cowardly enough) to know when the tuck tail and run.

You go down there, and you won’t never turn back. You’re dying to see the secrets of the Arcane Chambers and to speak with the disembodied presence of Halaster’s lost apprentice. You want to see the mystical underground forest of Wyllowwood and parley with a kindhearted dragon. You want to gaze into the stars and walk upon the surface of Selune’s Tears.

I only give warnings once; if you’re still keen on dying in the darkness, let it be your decision. But don’t let your need to thrills get you killed. Or your need to see “just one more room.” I won’t be disappointed to see you at my tavern if you do take this job, but I will mourn your descent.

Here, let’s make a deal. If you make it all the way to Skullport on the Sargauth Level—that’s the third dungeon level of Undermountain, for the record—find a place called the Guts & Garters. Find the proprietor, a tiefling who calls himself Quietude, and remind him that he owes me 100 gold, plus about 20 years’ interest. I don’t care much about the money; I just want to see how the old dog reacts. Come back and show me that you’ve got what it takes to make it that deep, and you’ll have earned my favor. You do that, and you’ll have a permanent room and a table in the taproom set aside for your party at the Yawning Portal… and an invitation to swap stories with me, whenever you’re back.

There’s no valor in death. Valor is what you make of life. 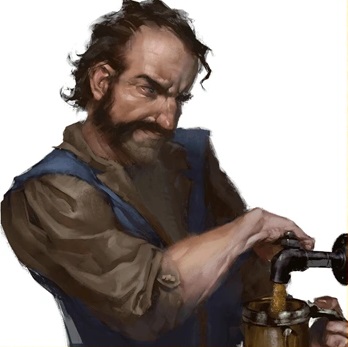