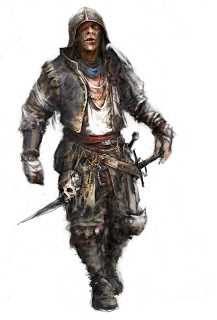 Badder was a mercenary who entered into what was essentially a permanent contract with Bishop Notker and the city of [[Lychgate?]]. Lychgate has its own forces, but Badder and his “boys” acted as the Bishop’s personal group of troubleshooters and hitmen. After the death of [[Marta?]] the Bitch, who Arnawald had installed in [[Knightpath?]], Badder came to [[Nightwick?]] to campaign in the south and try to oust more of the lords that Arnawald had installed during his last campaign in the south. Whether or not he was effective is unknown, and he was recalled to Lychgate after losing many men and materiel. It is believed Sir Albrecht's postion as Lord of Nightwick shows that Badder is now on the Bishop’s bad side.

Badder was later captured by [[The_White_Lady?]] at the [[Battle_of_Vollage?]]. He apparently had attempted to face her in single combat but she blunted his sword to the point of uselessness.