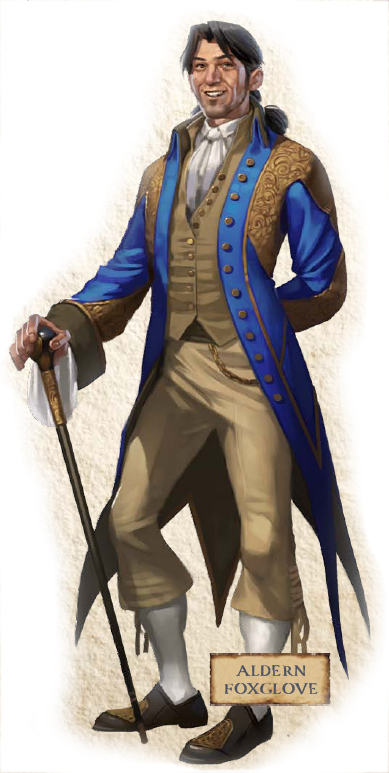 A noble who splits his time between his manor house on the Lost Coast and a townhouse in Magnimar. He is seen as a bit of a recluse, and a bit odd.

The party encountered him during the goblin raid on Sandpoint, and rescued him, although not his faithful hunting dog. Overwhelmed with gratitude, he invited the party to a boar hunt the following day, as well as rewarding the party for his rescue. The boar hunt went uneventfully and Aldern made his farewells, leaving for Magnimar the following morning.