Luju is small. People live in domes. The spaceport has two parts, connected by a space elevator. Both are considered to be in the “green zone”, where basic rules still apply, with port security responsible for imperial citizens. Outside the green zone, however, anything goes. For the moment, it seems that the only effect is that people prefer to carry small arms.

We see the Green Crow and the Black Dog docked, and the Red Sword is making final repairs at the Sagitta Services repair shop. We decide to meet up with captain Hevataneo and engineer Fudail Al-Mansur. We end up at the Silver Stag Drinking Hole, which turns out to be the Red Star Cartel main hub. Luckily, Bo is not recognized.

We learn about a plan Hevataneo and Al-Mansur have been cooking up: they know a terrorist willing to provide them with a ship mine. Smuggle it aboard the White Giant due to arrive in a day or so. This “high tech, low law” place is the ideal place to load up on weapons! Do we want to help them take down the White Giant? Of course we do! As we drink our Heavy Uranium Anti Tank and our Tactical Nuke at the Silver Stag, a plan takes shape.

A few hours later and after some Pistacchio ice cream, we meet up with this “terrorist”. Her name is Denise Catesby, or so she says. She works in an armaments subdivision of Space Management. Brega did not know that such a subdivision existed! And worse, his niece, Svetlana Brodowski works there, in Legal & Compliance! After a lengthy conversation with Denise, we figure that she’s part of some shadow department at Space Management, responsible for payback, or Non-Disclosure Agreement enforcement, or something like that. It appears she wants to use us to teach the White Giant a lesson.

Well, we also want to teach them a lesson, and possibly steal their ship…

Brega makes extended modifications to our transponder signal. Switching identities is trivial for the Blue Heron, now. This is how we’ll avoid detection by the White Giant.

We move our bags and stuff out of the Blue Heron and send Lux and Louis on a fake geophysical science expedition taking samples from the glacier cores on the planetary surface. That should keep them away from the action. We move into the Drunken Mouse Motel.

Louis to Lux: I have no idea what they’re up to, but I’ve heard them mumble about having bad feelings about this, and now I have a bad feeling about this, too! 😬

Kana scouts out a nice sniper position. We need to make sure that the White Giant sets up near the Sagitta Services repair shop so that Kana gets a good long view across the open port structure at the gangway. We want to take out Dugu Tingfeng, offer the rest of the crew a bonus for immediately quitting, convince the rest to join us, possibly taking the crew of the Green Crow aboard (they still don’t know about this!), and only using the mine as a fallback, perhaps to threaten any intransigent crew members. We’ll see.

Here is the legwork we intend to do before the hit/heist:

We demand some more information from Denise Catesby to help ensure a successful operation:

The second request is also to give us some dirt that we/the Uprising can use against Space Management. Denise is probably too smart to give us a lot, but we hope even a trace will suffice.

Denise Gatesby says, “I have some rough sales material on the Miranda class Military Transport. It’s a TL-11 design, so a lot of the stuff is totally over my head. Here are the basics. As for past deals, sure, I can at least tell you what we sold them; here are some manifests and dates, specs for the AJ-120 Orpheus anti-aircraft artillery pieces, the MM Spy Eye inertial locators, the CX557 long range communicators, our Kamarad-4 vacc suit and survival bubble combo, the FIF-98 Space Warrior ablat body armour, and of course our famous Mimzik Tropical Storm laser rifles and power packs to go with the FIF-98.”

The information is not super secret, so it’s simply a bad rep. As you said, a trace. It might be good enough. Worth a +1 somewhere, for sure. 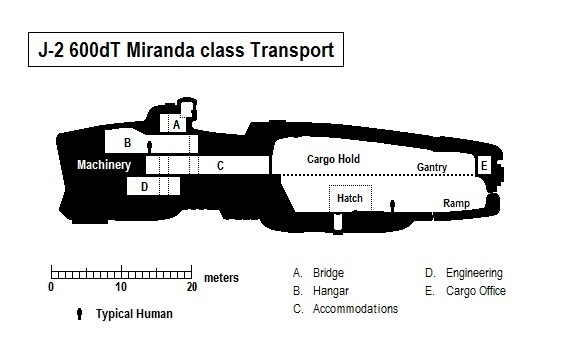 We then try to talk the crew of the Green Crow into helping us get our hands on the White Giant. They are fed up with barely scraping by shipping stinking fertilizer along the least lucrative trade routes. We need them to:

Hirata Teruyoshi snickers, “Will do! Can’t wait to leave this piece of shit. Let Ebrima Duplooy have this wreck. Perhaps he can find somebody else to crew it.” Patrick Topping grins as well, “I’ll handle the crew. They make a move, I’ll hear about it.”

They are enthusiastic. Surely worth a +2 somewhere.

While the Green Crow guys stake out the White Giant, we try find the White Giant mercenaries’ favourite watering hole. We try to talk with some drunk mercenaries, to see if we can learn anything pertinent about Dugu or the White Giant. If they aren’t too happy with Dugu, we try to buy them off, or convince them that he is screwing them over/setting them up/endangering them by messing with Space Management, and generally won’t be around much longer since Space Management is on to him. And, yes, we can offer good money.

Sihu says, “I hear you have been asking questions at the Prancing Gin. I’m here to speak for the Expat Comrades. If you have a job. I want to hear about it.” Things are looking good. But at one point she recognizes Brega and then she turns into the ice queen. Yikes! The only ones who are interested in joining up are some independents. Free mercenaries, with no friends, and no loyalties. Might work, might not work. You get 5 military types but you don’t know whether they’ll get going when the going gets tough. They’re yours, for now.

Finally we ask the Red Sword guys to help us arrange for some Red Star Cartel goons to start at bar brawl with any loyal mercenaries we cannot buy off, at the time we start our operation. This intent is to make sure they are distracted and don’t rush to the White Giant. Again, we pay well.

Using Hevataneo as a go-between seems like a good idea. Sadly, the reputation of the Expat Comrades is strong. The only thing Hevataneo gets out of it the promise of a staged distraction around the Prancing Gin, their base. This should delay them for a bit. Surely worth a +1 when things go hot.

The last thing to do before the hit/heist is to have Brega arrange a meeting with his niece Svetlana, to figure out if she is clean or dirty.

Svetlana says, “I knew it! I suspected as much, but I didn’t think that we were actively pursuing scum like Tingfeng! Yikes! This is bad for business. I’ll go talk to our Director of Ethical Warfare Kwatoko. Surely more people around Gatesby are involved. We’ll start an internal investigation reorganize the crap out of them.”

Sadly, she doesn’t actually hand you any records, she just promises to go ahead. And you know how these things go. Usually, they just disappear in the backchannels somewhere. Perhaps you can take advantage of it at some later point, though. Surely worth +1 at a later point, maybe another +1 if you manage to get copies of these records for the media.

We ensure everyone involved has the appropriate communicators required, tuned to an encrypted channel set up by Kana.

Kana has a bad feeling about this… Brega looks it over and adjusts the algorithms used and adjusts some parameters to prevent timing attacks. He also mumbles some stuff that you can’t quite understand.

This time: taking over the White Giant!