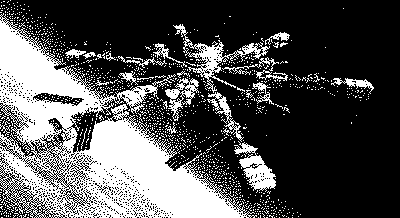 Fogho, UWP B79A005-D, is an unpopulated water world. There is a gas giant in this system.

Fogho is slightly smaller than Earth, with a diameter of about 11200km. The atmosphere is very dense. The high levels of carbon dioxide make filter masks mandatory.

While unsettled, the system is claimed as a protectorate by Draye. Nobody cares about that, however. The importance of Fogho lies in it’s position at the coreward edge of the subsector, bordering on the Rho subsector. With the breakdown of imperial order in the Rho subsector, securing the border areas has been a priority for the Duchess of Tau subsector in Gholuzu, a mere jump-4 away from Fogho.

The strategic importance is the reason why the system is dominated by the local All Hydras naval base under commander Enu Khumalo.

Fogho has a class B starport in geostationary orbit above the island of Sibuyan. The big refinery is downport, it’s huge tanks connected by a quartofold fuel hose to the orbital port nearly 50,000 km above the surface – and the hose itself is part of the space elevator mega-structure connecting downport and orbital port.

This system is the only one in the entire subsector with tech level D.

The navy base is well equipped and well funded, thus the above average imperial tech level comes as no surprise. Battle dress, Model/7 computers, holographic crystals, cloning, and drives P–Q, all is available – for members of the navy. A network of a gazillion workshops surround the orbital starport like the delicate ice branches of a spectacular snow flake in space, each one involved in the most specialized aspects of naval maintenance. The only thing they are missing is a ship construction company. The network of small workshops, special purpose small craft building, and all the kind of high-tech artisanal equipment construction that supplies the navy with technology, extends downport as well.

New ships are built on Ghotegho, not here.

The Institute of Strategic Cartography. This is where information is handled, assembled, checked, and disseminated. It has strong ties to the imperial Scout Services. Intelligence gathering operations are usually supported by requisitioning other ships. The person in charge is Ahlam Shawkat. She’s experienced, witty, and knows all the ins and outs of Navy bureaucracy.

The Office of Finances and Outsourcing belongs to the same institute and handles payment of all services by former members of the Scout Service. Sir Thulani Brahim runs the office; he’s outgoing and friendly, maintaining good relations with everybody.

The Office of Quality Assurance belongs to the same institute is in charge of strategic intelligence. They plan the missions and prepare the reports. Uy Xueman runs the office; she’s shrewd and quiet.

The Department of Naval Affairs. This is where port management and operational security is handled. These are the people in charge of guards on the station, ship maintenance, and the small attachment of patrol cruisers securing local space. The department is run by Halona; a grim woman that always suspects backstabbings and surprise attacks. This makes her difficult to work with. Then again, she did manage to never get stabbed in the back.

The Patrolling Bureau handles everything surrounding the cruisers.

The Safety Bureau handles everything guards and station security, crime fighting. It is led by Buhle September.

They also have the Notification of Irregularities Team handling computer crime.

The Department of Supplies handles import, export, oversees trade on the station itself, does the necessary planning, and banking.

The Raw Materials Processing Bureau organises mining, smelting, refining. It provides the raw materials to the department it belongs to.

The Office of the Port Authorities handles the daily affairs of ships docking and resupplying, deals with the Department of Supplies, coordinates with the Patrolling Bureau and the Safety Bureau, and so on. This is the administrative layer the captains of small ships in the area must deal with most of the time.

Surface Berthing Areas: facilities for ships of 1,000 t or less

The surface is a restricted zone. A small detachment of imperial xenobiologists has declared the water world off limits for tourism and entertainment. Essentially, the Department of Supplies must go through the Imperial Public Private Ecology Cooperative which severely limits what it can do. For now, only limited activity on Sibuyan for the purpose of supplying the Navy.