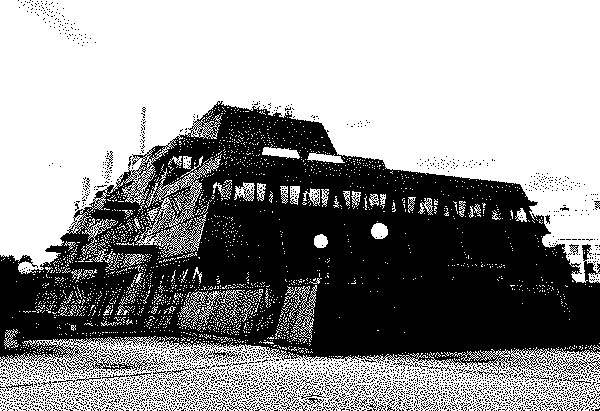 Moteye is slightly smaller than Earth, with a diameter of about 11200km. The atmosphere is thin.

A few hundred people live around the Moteye starport. The settlement was originally a penal colony for Zugho and gained independence 70 years ago. The resentment is still strong among the locals.

The locals believe that they fought for and gained independence from Zhugo, but outside observers say that they were simply abandoned. There still are a few working installations from colonial times, but paying for maintenance is practically impossible and so it is all falling appart. Ironically, the installations that work belong to the old prison infrastructure. The old prison now forms the centre of the sprawling “village”.

In daily life, the settlers are thrown back to a simpler, combustion-based culture (tech level 5). People use bikes and kick boards inside the sprawling ex-prison alleys, and they burn gas for heating. There is a central bio gas setup run by the Sewage and Recycling Association.

This is a proud society. Every voice is heard. Public exchange platforms ensure vigorous debate. Decisions are not always made rationally.

Moteye is a lawless place. People are armed and dangerous. At the starport gates, there are multiple signs warning you of the potential for violence. If you leave the green zone, you’re on your own. There is no security apparatus in place to guarantee anybody’s safety.

Putting a price on somebody’s head is possible, but you either have to hire somebody to do it, that is an assassination contract with a member of the gun nuts via the arms dealer Jacob Loder, or you register a claim with Babatunde Achampong, Keeper of Records and current Reciter of the Law Book (also the colony’s mediator), who impartially registers all such claims and their fulfillment, including a judgment on their merit, and makes counter claims (and mediation) possible.

Moteye has a class C starport. A straggle of buildings belonging to Ara Association make up this meager outpost. There’s no sign of a refinery, no sign of a pipeline. They’re probably just selling unrefined fuel, here.

There is a scout base called Imperial Listening Post 367, basically a safe house for scouts in one of the old corner concrete towers, with a nice view of the plains below. The commander is Miuchi Eiko and her partner is Wakisaka Hayanari, a quiet fellow. Neither of the two is ready for armed action.

The research institute Ubayd Allah-5 in this system focuses on stable superheavy element research. The head scientist is Jack Bawden who needs a steady supply of drugs from [[Rukan_Farki?]] on Fogho.