< - Counterspell is an opposed check between the two casters, with d20 + spell casting ability.

> - Counterspell is an opposed check between the two casters, with d20 + spell casting ability modifier (but no proficiency). 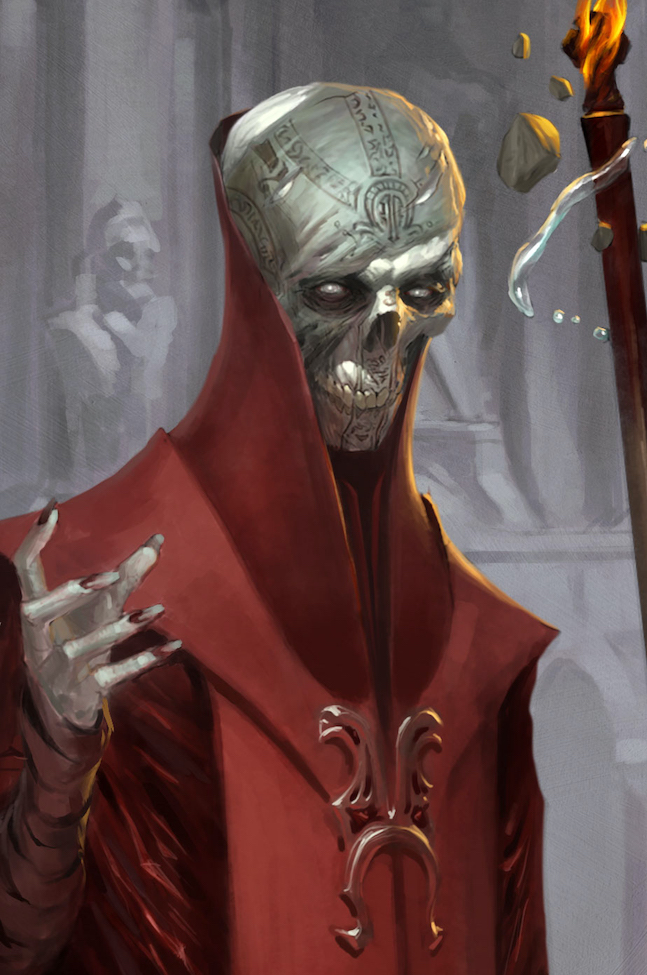 The Red Wizards of Thay are the notorious and nefarious magocratic ruling class of the inhospitable country of Thay. They own their power to being cruel slavers, demonologists, and arcane experimenters. Eight zulkirs rule the country of Thay, one for each school of magic. Szass Tam, the Zulkir of Necromancy, is a powerful lich and the regent of Thaymount province.

You have learned of rumours of a giant complex below Thaymount, where Szass Tam hides his riches, novel spells and powerful secret magic.