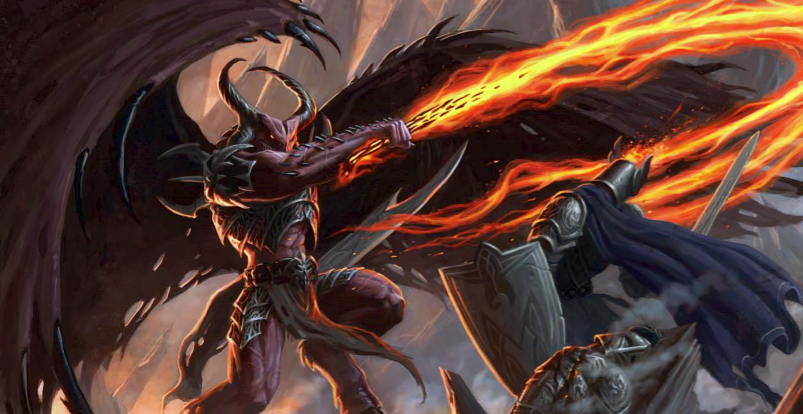 The crowds around you bustle with cheerful anticipation of the formal opening of the week-long Armasse festival. One of Avistan’s more widely celebrated holidays, scenes like this are playing out all across the continent. Unlike most other cities, however, the citizens of Kenabres stroll the city wearing armor, cold iron weapons dangling from their belts. Even on a day of revelry, it’s impossible to forget that across the Sellen river to the west lies the Worldwound, a nightmarish region infested with fiends and other dangers from the Abyss.

Tongues from every corner of Avistan can be heard from a dizzying panoply of crusaders, united by their willingness to stand before the demonic hordes and prevent the rest of the word from suffering the same fate that befell Sarkoris. Human soldiers mingle with elven mages and halfling scouts. Here and there a few haloed aasimar offer a reminder of the broader planar conflict between the forces of good and evil.

For whichever reason you find yourself in Kenabres, at least you’ll be surrounded by allies in the event of another demonic incursion.

Wrath of the Righteous is an epic tale of good and evil, in which you have the opportunity to play characters through events that can shape the face of Golarion and shake the outer planes. Sessions will be (ideally) weekly on Saturdays; precise timing to be determined - and due to the current pandemic will be held via an online platform, also TBD. Some of you have already played through the first book; rest assured that although I won’t be changing everything, you can expect a fresh experience as you handle the initial challenges.