“…you hear music. Sad music, played upon a fiddle. A face materializes. The face of a gnome, not unlike Bili, but with white hair and beard. There is an older gnomish woman beside him, and, nearby, a middle-aged man playing a fiddle. They sit on rocks on otherwise very muddy ground. Other captives sit and mill about around them, within a fenced-in area. Around the fenced-in area is a circle of raised, earthen mounds. Next to the fenced-in area, also within the circle of mounds, the stone foundation of a ruined building emerges from the mud. Here, unsavory looking men like you have seen before keep an eye on the captives. As the view widens, you see a raised wooden platform with lookouts. Then, a shoddily constructed, wooden building. Light emerges from cracks in the building’s plank walls. Peering inside the building, two armored men sit at a table, eating. Drawing back outside, trees and shrubs surround the area. Some distance from the building, a single flatboat is moored in an offshoot from the river, with trees on either side. Humans on the flatboat play cards by the light of torches. A rat scurries by the card players and into the water. There are mooring posts for more, larger boats. The image in the flame rolls back across the area, back beyond the mounds. There is a creek twisting across a swampy, low-lying area. A rickety bridge crosses the creek to stepping stones through the mud, to a dark, rickety hut. The hut is on an island of high-ground in the swampy area beyond the mounds, but appears abandoned…”

There are about a dozen men, mostly wearing leather armor as before, with two or three in chain. The mounds do not appear to be recent; they could be barrows, although there are no markers or entrances visible. 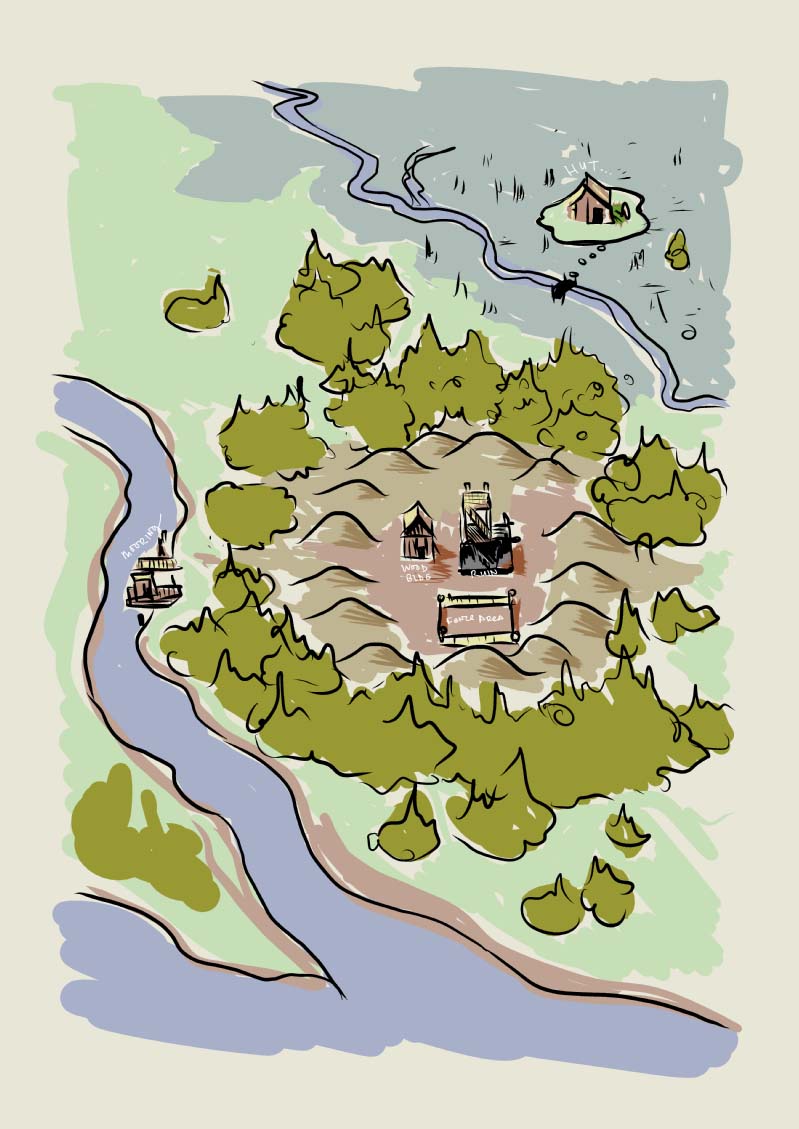