Traveller: The Voyages of the Salamander

About this Campaign Wiki

This Campaign Wiki is for the Monday night session of ClassicTraveller run by Michael over Roll20 that started in late 2017 with two players, Florian and Ben (me). We aim to play once a week for a couple of hours, late evening CET. Leave a comment here if you would like to get in touch. 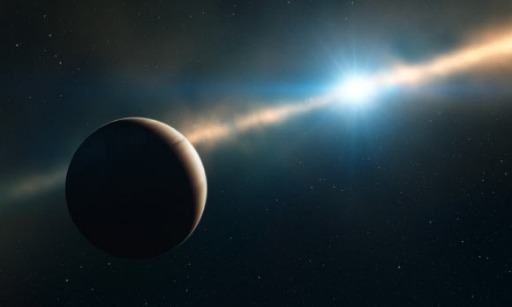 Use the links in the “GoTo Bar” at the top to go to the pages for:

Idle gossip and slander can be found in Sybian's Column

The Crew met in The Spinward Marches, just outside the Five Sisters Imperium border, in a small unaligned system called Sam's World.

The Marquis has Grand ideas to explore unknown space Spinward of the Five Sisters, hopefully under the patronage of suitably wealthy individuals. Most of the rest of the crew are trying to figure out how non military life works or running away from something. It’s become quickly apparent running a starship requires lots of money at regular intervals, and to be frank, one can’t be too choosy about where that money comes from if you want to keep flying.

After eventful travels through Raweh, Andor, Karin, Iderati, Mirriam and Emape, the Marquis has found several patrons. The crew have set off into the Urnian sector, in search of Xenofauna and flora, relics and antiquities, rare minerals and that most precious commodity of all, information

The expedition was a success, and led to more work from the same Patrons. Except that one of them is more interested in the power maneuvering in the Urnian Sector. Because it looks like an existential threat. Oh dear…. what is going on?

Classic Traveller, out of the box, plus Citizens of the Imperium (Books 1-4, if I have my chronology right). Yes, some of our Characters didn’t make it out of the rolling up stage. We’re exploring the rules as we go and relishing the difference in approach. Simultaneous initiative is scary. As always, the Judge’s word is final