The following sidequest took place some time before the group left for the black temple and were swept away to Flynrich’s manor house.

Schmoogle, Gilbee, Mason and Stumbleduck decided to check out one of the many taverns in Waterdeep that they have not had a chance to visit. They settled on the Mighty Manticore Inn located in the Castle Ward.

They could tell the place was popular before they even had gone inside. They could hear talking but mostly it was the music coming out of the windows and when the front door opened. When they entered:

The place is filled with the normal array of patrons. The smells of ale, pork stew and pipe tobacco fill the air. A human minstrel, dash­ing in appearance, sits upon a wooden stool on a low wooden stage on the far side of the common room. He sings of heroes and villains, tall ships and taller castles. He stops occasionally to add a joke or two to break the tension, much to the delight of the crowd.

The majority of the crowd sits arranged in an odd circle around a young and attractive woman. She sits at a table at the edge of the stage, with her head in her hands looking up at the minstrel. She wears beautifully embroidered traveling garb in earthen tones under shining copper-plated scale armor. Her auburn hair is long and full, with lush curls spilling over her armor and clothing. Emerald green eyes beam up to the minstrel with a content expression.

They noticed that the crowd, although also enjoy­ing the show, remain a distance of several feet away from the girl but none of them seem to be outwardly afraid of her. The woman and the crowd are thoroughly enjoying the performance but it is clear that the woman is above and beyond the rest of the patrons.

They sit at a table near the stage. Mason and Schmoogle had to the bar to get drinks and see if they can learn who this woman was. The asked the bartender if he knew her.

The barkeep, whose name was Angus, did know who she was. She goes by the name of Aescypra and she comes in from time to time to enjoy the local entertainment, loves to laugh and is generally well behaved when she’s not heckling a traveling jester.

He ask for their order and brings them ales. He continues

She seems quite taken with tonight’s entertainment, Vallius of Annap. Vallius came into town almost immediately after Aescypra arrived and volunteered to entertain for merely a night’s lodg­ing. He’s been singing, joking and playing his lute for almost an hour now. Odd thing, the last three times Aescypra came to town, Vallius also showed up — Has to be a coincidence.

Mason stays at the bar while Schoogle sees if he can speak with Aescypra. She is into the performance so he waits till between songs. She applauds almost aggressively and Schmoogle asks her about the bard. She says isn’t he dreamy. He is about to ask another question but the next song begins and she cuts him off. Vallius performs four more songs and then says he is going to take a break.

When Vallius finishes his set, the woman applauds the loudest of the crowd and smiles at him broad­ly. She watches him leave the stage, and even looks around the characters and the crowd to watch him go upstairs. Schmoogle, Stumbleduck and Gilbee hear her sigh as Vallius turns the corner and heads up stairs.

She turns to Schmoogle and says Now, where were we. He asks why she is in town. She says I travel a lot plus this is Waterdeep. Who would not want to visit hear. And Vallius of course.

Gilbee heads to the bar and asks Angus the bartender if he is interested in book on pool lore. The bartender is not so Gilbee ask if he has Nonsies. He does and asked if he would like that on the rocks. Gilbee nodded and the bartender gave him a glass filled with ice. Gilbee then heads upstairs to see if he can find where Vallius went to. He find a small sitting area. He sits down to read. Stumbleduck joins him after Schmoogle tried to show off his muscles like he was back in the gladiatorial arena. He stops and goes back to talking with Aescypra. He tries to ask her more questions such as where she is from. She answers “I am not local. I come from far away.” As Schmoogle is speaking with her he notices the choker she is wearing periodically reveals glowing runes. The runes glow more when she is answering questions that are more personal. Schmoogle asks her about the necklace She says it is a gift and that she treasures it dearly. Schmoogle ask who gave it to her. After some goading she answers she received it as a gift in a small box the last time Vallius came to town and she assumed he left it for her as a reward for her patronage and appreciation of his talents.

Unfortunately, she’ll say, she hasn’t been able to go home since, and fears her father’s anger with her if he sees it. So she’s stayed here in town and has been wondering what to do about it. She admits she dreads having to give it up but knows she’ll have to deal with going home at some point.

Schmoogle notices that the runes glow from time to time mostly when she is answering questions about herself. There is a quiet moment and she says I am going to get a drink and maybe some food. Good evening.

When she leaves Schmoogle tells Mason that he think the choker she is wearing is controlling her. He thinks it may be Vallius. Mason thinks about using Detect Magic but decides to use Dispel Magic when the opportunity arrives. She does come back to the table and Mason pretends to go upstairs. As he turns the corner he casts the spell. She begins to speak freely.

“I cannot remove the collar. It can only be removed with a special key which I do not have. I would rather just remove it. If you and your friends could help me, I would appreciate it. I see that you are a spellcaster.”

Schmoogle says no but several of my friends can. Yes, we will help you. She says he is pretty sure that Vallius gave it to her but she is cannot remember. He asks if her father is a noble and she says not really but he was from here he would be. The dispel magic wore off and she was back to talking about how dreamy Vallius was.

Schmoogle excused himself saying he as going to turn in. They say farewell. He does upstairs and tells his companions what he has learned. They are all for helping her. Mason goes to ask the bartender where the bard is staying. He is at the end the hall. Gilbee goes to the door first. He is not able to get in talking about pools. Schmoogle and Mason make the second attempt and it does nowhere. So they decide it was time to break down the door. Mason kicks in the door and they see Vallius jumping out of the window and he disappears. They then hear Stumbleduck and Gilbee calling for them as 4 hell hounds have appeared at each door in the hallway. The hell hounds breath on them and bite them. It does not take long to defeat the hell hounds but it was long enough that when they looked out the window they did not see Vallius anywhere. Angus came upstairs to ask what the noise was. He sees the hell hounds and asks what is going on. They explain how Vallius may be controlling Aescypra and they were confronting him so he summoned these beasts, jumped out the window and the disappeared. Angus said so he is gone? I think it is time for you to go as well. Mason had had enough time to search the room. He found the window open. He found several instruments that Vallius had left. And over on the desk he found a vial of blood.

As they were going outside to look for Vallis, Aescypra asked them what all the noise was. Was anyone hurt. They tried to explain what had happened but she would not believe that Vallius would do such a thing. He is just too dreamy.

They decided to see if they could find someone that could identify the blood in the vial they had found. 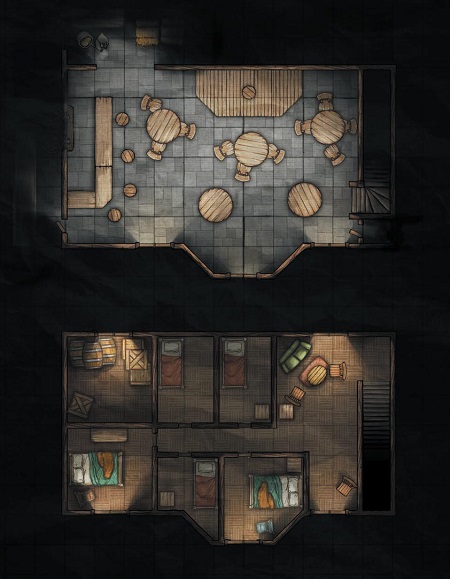