Summary: After resting, they made their way back up to the teleportation circle they had found at the top of Kolat's Tower.

They ended up in a square room. The ceiling and three of the walls are made of 6-inch thick sheets of transparent glass, through which they can see swirling purple mists. The fourth wall, to the south, is made of alabaster and has a locked iron door set into it. A teleportation circle was inscribed on the alabaster floor. Jaspar said that he thinks they have traveled to a demiplane.

As they are getting their bearings, Hetty hears woman’s voice in her head; “Your gracious host is on the way, and looks forward to meeting you.” Someone used a Sending spell. Hetty told the others and they all braced for what was coming next.

About 2 minutes or so they heard the locks opening the iron door to the south. The door opened and standing there was Manshoon. He welcomed them to his sanctum. He then invited them to follow him on a guided tour of the place. They were not sure if they should follow him but they decided that they should but to be on a constant look out for any trap or ambushes.

Manshoon entered the chamber to the south. Set into the alabaster floor is a large symbol in black marble, depicting a winged snake biting a coin. They recognized this as the symbol of the Zhentarim. Hanging on the walls are twelve metal masks bearing human-like visages.

Manshoon walked to the center of the room and as he stepped on the symbol of the Zhentarim, they heard a click and the door closed behind them and the three other doors in the room opened and they saw a black-robed female human with a bald, scarred head come the door to the east. From the door to the south stood, Vevette and Agorn. Vevette shook her head when she saw the group and then moved forward to attack. Agorn backed her up and surprised the group when started casting spells. Jaspar realized the woman in the black robes was a former Red Wizard of Thay and once he joined Manshoon she had to the tattoos removed in a painful process.

Manshoon said “I hope you enjoy your stay”. Then he cast Dimension Door and was gone. 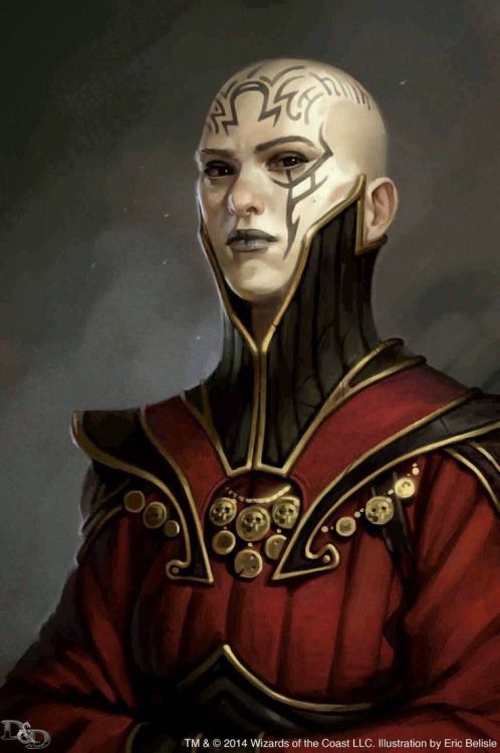 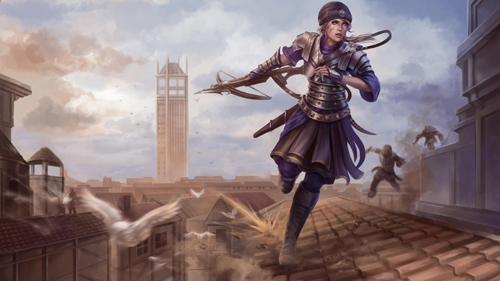 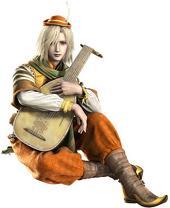 The ex-red wizard of Thay threw down an elemental gem to summon an Earth elemental. She then began to cast spells but Henrik was up in her face disrupting her spellcasting with series of grapples. She was still able to cast a Suggestion spell and told him to “Report to the guard station through those doors to the east. So he held onto her and they both went into that room. Meanwhile, the others focused on Agorn and Vevette. Vevette was hitting hard but she was surrounded. They knocked her out and tied her up. Agorn was left fighting by himself. Pixel cast Summon Animals and bears arrived. One bear attacked the earth elemental while the other attacked Vevette. Lady Gondafrey attacked as she could but focused on healing folks as soon as she saw they had been damaged. Catarack used utility spells, some damaging spells and cast healing as needed. Jaspar cast Sleet Storm creating difficult terrain for Agorn and Vevette. It slowed down Agorn but Vevette was not too hindered by it. Riva stayed back and focused her longbow attacks on those who had taken damage. As Agorn and Vevette fell, Manshoon and two halfling dressed as monk appeared that the door to the south. The Sleet Storm had been dispelled and they walked into the room. In the guard station to the east, the ex-red wizard was finally dropped. She had broken free from Henrik’s grapple, cast a few damaging spells but soon had been cornered.

The group was then able to focus on Manshoon and the two monks. One of the monks was throwing daggers, the other was punching. The punching one fell first with the dagger thrower following shortly after. Pixel summon two lions and sent them and the bears after Manshoon who was Misty Stepping around the room casting spells. Henrik again charged the caster and got him into a grapple. Manshoon’s metal hand hit him with Shocking Grasp but Henrik was to prevent the more powerful spells that they knew he could cast from being cast. Manshoon was able to cast a fire spell they had never seen before. Webs of fire shot out from his hands along the floor hitting each target in the room with fire damage close to individual fireball spells. That really put a hurting on them. They concentrated on Manshoon and soon he was defeated. But then his body turned to snow and the melted…Jaspar and Catarck said at the same time, that was a Simulacrum. The real Manshoon could still be around. 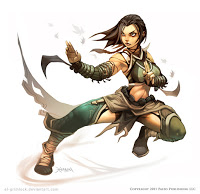 They put Agorn’s body into the Bag of Holding. Henrik put Vevette over his shoulders to take with them. They decided that it would be best to turn her in to the City Watch when they took Agorn in to collect the reward on him for killing his mother.

They looted the bodies, finding several Rings of Protection and more Teleporter Rings.(see the email I sent for complete details on all the magic items you all found). They then began to explore the sanctum.

Guard station - A 5-foot-square window in this area looks out towards the Teleportation room where they had arrived. Nothing else was found in this room.

Audience Chamber - The area is split into two levels, with alabaster steps climbing 3 feet to a smaller raised platform overlooking the larger area. The platform is bare except for three golden banners hanging on the back wall, each displaying the symbol of the Zhentarim-a black, winged snake biting a coin. The lower part of the room contains a black marble table surrounded by high-backed wooden chairs. The table stands out in stark contrast against the alabaster walls and floor.

They looked the room over. Finding nothing else, they decided to tear down the banners (I cannot remember if you all destroyed them or placed them in your bag of holding. So they moved onto the east.

Zhent Quarters - Pressed against the walls of this room are five wooden beds (three sized for humans, two for halflings). Next to each bed is a wooden chest. An alabaster staircase in the southern part of the room descends somewhere. They searched the chests and then the beds. Each chest had several items. They found nothing in the or under the beds. They approached the stairs going down but some kind of force field prevented them from going downstairs. They tried to activate their Teleporter Rings but nothing happened. They backtracked to the room that they had the big battle in. They went to the door to the south. There was a set of stairs going up.

Laboratory - Beakers, bottles, and test tubes are set on a marble table in the middle of this room, next to a basin of water. • One staircase descends 10 feet to the area below, and another ascends 10 feet to a room above.

Looking at the items they determined poison were being made in this lab. They decided to take the items so whoever was using them to make poisons could no longer do it. They then went up the stairs.

Binding Chamber - A circle inscribed with runes is carved into the alabaster floor of this room. Jaspar and Catarack were sure this was a circle used to bind extraplanar creatures, like the one they had encountered in the Kolat Towers earlier. There was nothing in here now and they could not determined when it was last used.

They went down the stairs and back to the big battle room and then went west.

They had found the greenflame brazier. Jaspar weny to check out the brazier and as soon as he touched it he knew that it could casts a fireball spell (save DC 15) centered on itself whenever a creature in the room speaks the words “green flame” aloud. Once the brazier has cast this spell, it can’t do so again for another 24 hours.

Around the room was a small book collection. Though it was small, several of the books were rare and they knew would be sold to the right buyer a nice price. It was valued at 5000gp. They went up the stairs and saw an even larger collection of books, a proper library. Alabaster shelves line every wall and jut out into the center of this room, all of them packed with books that deal with subjects of interest to wizards.

They then went back to the door to the north.

Freezing Room - Frigid air blows into the room through small vents in the floor. In the middle of the room is an open sarcophagus carved from ice, which contains a humanoid figure made of snow. • The back wall is made of 5-inch-thick curved glass. Frost covers the glass, partially blotting out the swirling purple mist of the demiplane beyond.

Jaspar knew this was the place Manshoon created the Simulacrum they had fought earlier. They begin to think that maybe they had found Simulacrum at the Yellowspire Tower some days back. Or it could have been the real one. They were not sure. They wanted to destroy the sarcophagus and the humanoid figure of snow. Henrik went in and the room was bitterly cold. Henrik took the greenflame brazier and used it to cast fireball in the room. The ice and snow began to melt quickly but it soon refreezed on the floor making it difficult for Henrik to leave. The group pulled him across with a rope.

They wanted to get passed the force field to see what was down those stairs but they also had the green flame brazier and could now enter the Vault of Dragons. They decided to leave the sanctum and the Kolat Towers, turn in Agorn’s body as well as Vevette then head back to the Trollskull tavern to rest up and do some shopping before they headed back enter the Vault of Dragons.